Will your interest rate go UP or DOWN ? 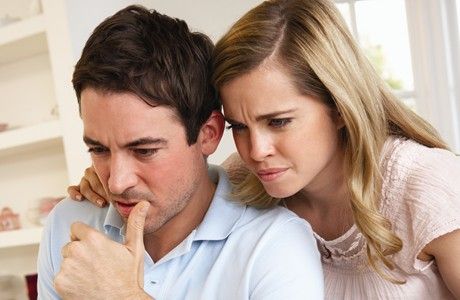 If you’re buying a home or paying off a mortgage, your interest rate matters. After all, if interest rates go up, you could be paying more for your mortgage. If they go down, you’ll have more money in your pocket and may be able to afford to borrow more or pay your mortgage down faster.

So what are interest rates likely to do next?  And will this affect you?

What are interest rates and why do they matter?

Your interest rate is a very important part of your home loan. Interest is the amount you pay on your loan in addition to any payments you’re making to pay off the property – to pay off the Principal. Lenders base the home loans interest rate they charge on a number of factors. The most important factor is the Reserve Bank of Australia’s (RBA’s) official interest rate or ‘Cash rate’. They then also take into account their own factors, such as the cost of lending money and the type of business they want to attract.

What have interest rates been doing lately?

While interest rates have moved up and down over time, lately they have been relatively stable and at historical lows. In fact, the RBA’s official cash rate has been sitting at 1.5% since August 2016. To put this in perspective, official cash rates peaked in January 1990 at 17.5% and since then have averaged 4.9%… so the current 1.5% rate is very low in comparison.

The main effect of today’s low-interest rate environment has been that servicing a home loan has become much cheaper than at many times in the past. This has meant that many people can service a higher loan than they otherwise would be able to. Some believe that this has been a contributing factor to house price growth, particularly in Sydney and Melbourne.

Why are interest rates currently so low?

The current low-interest rate environment is not happening just in Australia -It’s global. It is a flow on effect of the Global Financial Crisis when central banks around the world began reducing interest rates in an effort to stimulate economic activity. Since then, reserve banks, including Australia’s, have been reluctant to raise rates. They’re scared that doing so may affect the growth of the economy.

Which way are interest rates forecast to move next?

While it’s impossible to predict which way interest rates will go, most economists predict they will eventually rise rather than fall. In part, this is because the world economy looks to be growing, and the Australian economy as well. When this happens, the RBA tends to raise the cost of borrowing to prevent the inflation to increase too much and the economy from overheating.

There are however some economists that make comment about sluggish wage growth and low inflation in the Australian economy. Both factors would usually suggest interest rates should stay low rather than rise. This leads many to believe that any interest rate rises will be gradual and incremental rather than rapid.

What does this mean for your home loan?

Whenever you are thinking about taking out a home loan, you should always factor in a potential interest rate rise to make sure you have the capacity to meet your ongoing repayments. The easiest way to do that is by using a home loan calculator.

Beyond that, whether you believe interest rates will rise or fall could impact your decision to go with a fixed, variable or a Combo of the two rates.

– A variable rate will go up and down in line with interest rates and could be a good option if you’re unsure or think interest rates will go down. They also often give you the chance to make extra repayments, as well as having other benefits such as redraw facilities and offset accounts.

– A fixed rate means you’ll know exactly how much you’ll pay on your home loan and could be a good option if you think rates will go up. However, they often come with fewer features – such as no offset accounts or redraw facilities. They also have restrictions about how much extra you can repay and come with ‘break costs’ if you pay your loan out early.

– If you’re unsure, you could also choose a ‘combo’ part fixed rate – part variable rate. This gives you some degree of certainty by letting you fix part of your home loan while also allowing you all the benefits and features of a variable rate loan.

And if you are still really unsure of what to do, the best move is to call your Mortgage Broker & discuss your options