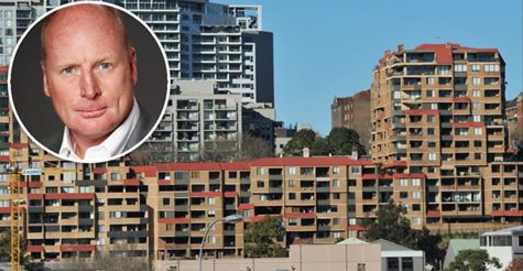 1. Will the RBA move rates today?

No. Money markets are pricing in a 95 percent chance of no rate move. All senior economists surveyed by Bloomberg say no rate move.

2. Does that mean banks will keep their rates on hold?

No. Banks are now moving rates to a different beat. They’re watching long-term Government bond yields rise (that’s the market rate on 10 year bonds) and the money market short-term rates have also increased. The banks are also seeking to limit their exposure to riskier areas of the property markets, so they are either rationing out capital or making it harder for some investors to get finance.

3. Is the Reserve Bank likely to move rates this year?

Depends on who you talk to. The broad view is that if rates move, they will be cut. Some say there will be two rate cuts caused by persistently low inflation and sluggish economic growth. But as the US raises interest rates, the money market rates have moved higher, there is a counter-view that if Australia’s economy looks stronger by the end of the year, there will be pressure on the Reserve Bank to raise interest rates.

4. So should I fix my mortgage at the moment?

The one thing you can bet is that the banks will be watching money markets and rates more closely than you will be. The decision to take a fixed rate loan depends on personal circumstances – like whether you need to be absolutely certain of your payments, or how much of your loan are you likely to pay off in the next few years.

My suspicion (unless there’s a global economic catastrophe, of which I’d suggest there’s minimal chance right now) is that banks will try to edge up rates over the next 12 months. But also watch the difference between the fixed and variable rates … if the variable rates are much higher, that might also swing your decision.

5. What should I watch to get an idea of which way rates will move?

There are a few indicators. Inflation is key. It comes out quarterly from abs.gov.au. The March quarter figures come out on April 26. If underlying inflation starts to creep back above 2 percent the chances will increase that the RBA will raise rates. Another key is economic growth numbers. The December quarter figures are out on March 1. Again, if the economy starts to grow more quickly (above 3 percent annually) the chance of a rate rise will improve. You also see this through the dollar. It’s around 76.6 US cents right now. It’s rising, partly because of the economic and rate outlook for Australia, because of improving commodity prices.

Yes. Watch the Reserve Bank itself via rba.gov.au. The rate decision comes down promptly at 2.30pm AEDT and is broadcast live on Channel 9. Accompanying that decision is a brief statement by Reserve Bank Governor Philip Lowe. Tomorrow he gives a key speech, that will be watched closely. On Friday the Reserve Bank also publishes its Monetary Policy Statement, that goes into more detail about the local and global economy and its observations that lead to its interest rate decisions.